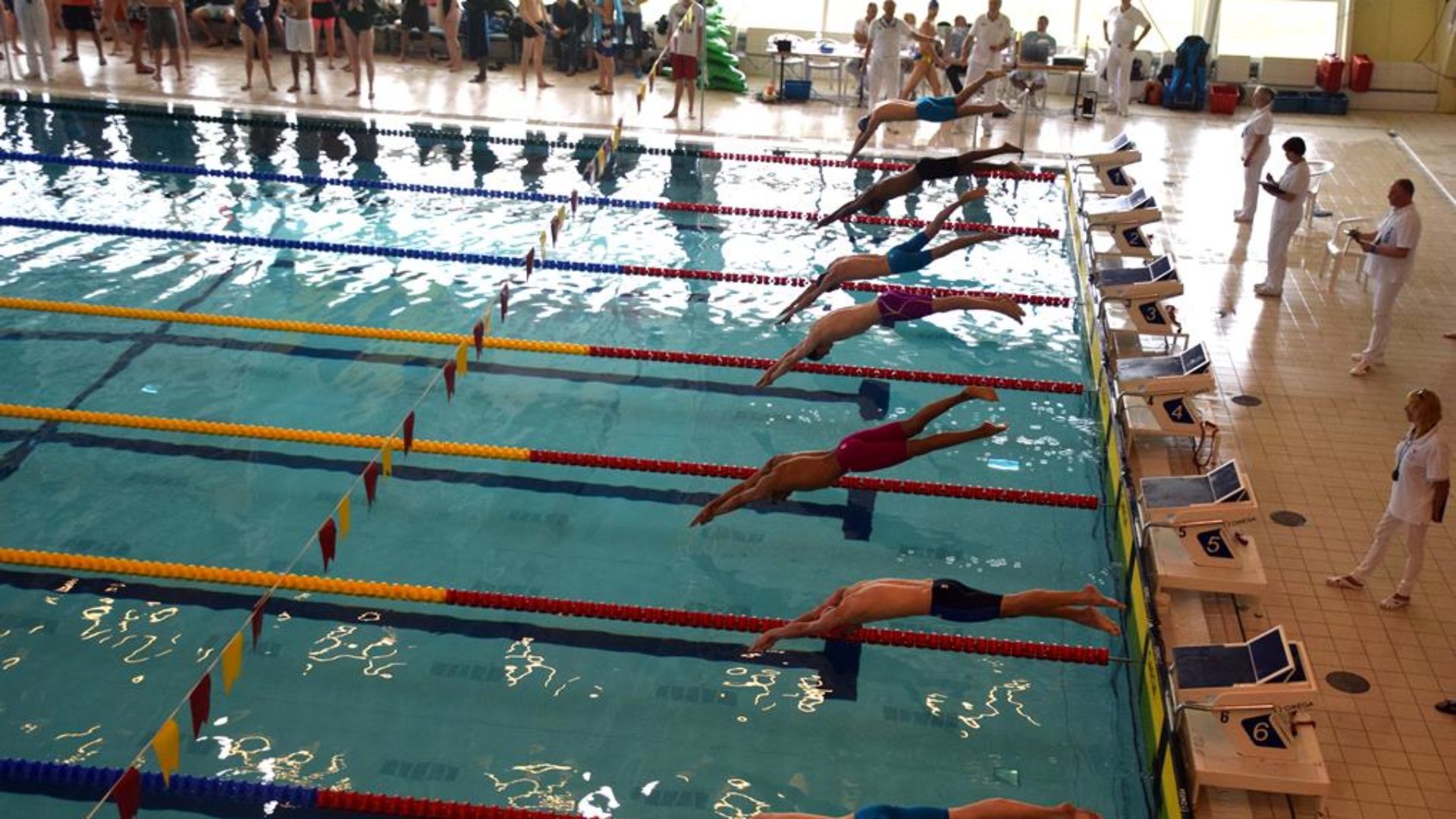 Blast from the past – NSWK I happened way too fast!

Blast from the past – NSWK I happened way too fast! The first NSWK of the season was held in Delft on the 17th of October, with a preparty the night before. The theme of the preparty was ‘’Blast from the past: for once no 1,5 meter distance in the forecast’’. The party was a huge success and everyone sung and danced the whole night (until 23:50 of course). Every association tried to do as many bingo challenges as possible, which resulted in lots (and I mean LOTS) of shots for the Stichting NSZ board (thanks guys). There were also amazing dance battles and some people even managed to twerk while doing a handstand. It was an unforgettable night!

At noon the next morning everyone gathered (a bit hungover) at the Kerkpolder Pool in Delft, for the actual competition. It seemed that the Walvisch was the most hungover, since they did not make it in time for their first match (at least you all had a good party 😉). During the day everyone had an amazing time drinking beer and playing water polo. The ‘’pechvogel of the day’’ is awarded to Wieke (Ragnar). If you are curious why, ask her 😉.  In conclusion it was an amazing day! But who were the winners of the first NSWK of the season? There were two beginning poules and some teams played four matches, where the most teams played three, so the overall winner is calculated by the highest average total of points of both poules. Whenever this is tied between two teams, the highest average goal difference decides who is the winner. JAWS 1 won the beginning poules! There was only one advanced poule, where some teams played 3 matches en others 4. The winner of the advanced poule (with no matches lost) is Ragnar 1! Congrats to both JAWS 1 and Ragnar 1 for winning their poules!

We can’t wait to see everyone again at NSWK II!

The official results of NSWK I Delft are: 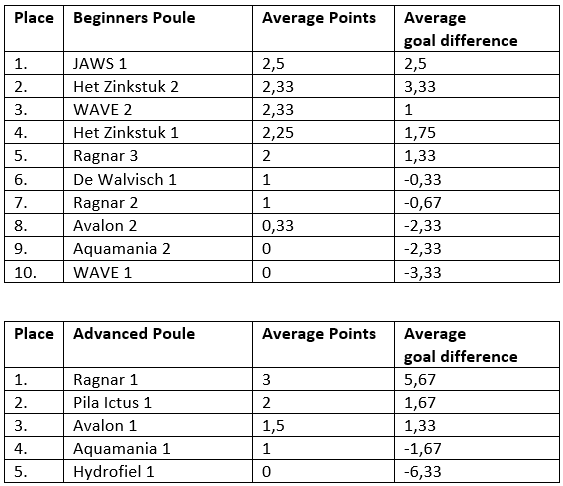